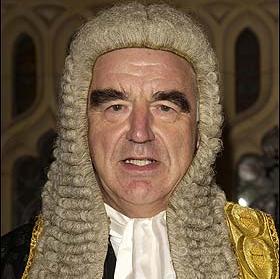 I’m a bit behind the curve on this one. Others have covered it already so I can do no better than to point you to their work. Elizabeth Watson has purged her contempt in relation to the publication of material concerning the Vicky Haigh family proceedings. The judgment is astonishingly blunt and in my view spot on. Family Lore covers it here, and the UK Human Rights Blog here. No doubt there are others.

In fact, it is so pithy a judgment that it runs to only 23 paragraphs and I am going to set it out in full below. It won’t get much of an airing sitting in some dark corner on Bailii.

“(1) Subject to paragraph (2) the court hearing an application for an order of committal may sit in private in the following cases, that is to say –

(a) where the application arises out of proceedings relating to the wardship or adoption of an infant or wholly or mainly to the guardianship, custody, maintenance or upbringing of an infant, or rights of access to an infant;

(2) If the court hearing an application in private by virtue of paragraph (1) decides to make an order of committal against the person sought to be committed, it shall in public state –

(a) the name of that person;

(b) in general terms the nature of the contempt of court in respect of which the order of committal is being made; and

(c) the length of the period for which [she] is being committed.”

1. Everyone has the right to freedom of expression. This right shall include freedom to hold opinions and to receive and impart information and ideas without interference by public authority and regardless of frontiers. …

2. The exercise of these freedoms, since it carries with it duties and responsibilities, may be subject to such formalities, conditions, restrictions or penalties as are prescribed by law and are necessary in a democratic society … for the protection of the reputation or the rights of others, for preventing the disclosure of information received in confidence, or for maintaining the authority and impartiality of the judiciary.

The interplay between articles 8 and 10 has been illuminated by the opinions in the House of Lords in Campbell v MGN Ltd [2004] 2 WLR 1232. For present purposes the decision of the House on the facts of Campbell and the differences between the majority and the minority are not material. What does, however, emerge clearly from the opinions are four propositions. First, neither article has as such precedence over the other. Secondly, where the values under the two articles are in conflict, an intense focus on the comparative importance of the specific rights being claimed in the individual case is necessary. Thirdly, the justifications for interfering with or restricting each right must be taken into account. Finally, the proportionality test must be applied to each. For convenience I will call this the ultimate balancing test. This is how I will approach the present case.

I am entirely satisfied this is how Baker J approached the present case and helps to explain why I take Ms. Watson’s contempt so seriously.

Why on earth does the Guardian who has NOT acted in the child’s interest request me to remove the page about [the earlier fraud?]

Re Inquiring Minds I wrote to Malcolm & Co. and cc him for your convenience.” – [That is another matter on the website] – I am happy to cooperate but I am not happy destroying all the evidence that Liz [Ms Watson] has found and was just not sufficiently able to present effectively. The same evidence will help to get Vicky [that is the mother] her daughter back after all and the Guardian CERTAINLY has no right/authority/jurisdiction to tell me anything.

Sorry, but you will have to fight for the fact that Liz has undug more than ‘they’ would have liked her to.

You can find the backstory on Pink Tape here, and the relevant judgments are:

[UPDATE 5 July 2012 : A further judgment completes the sequence in this case: Doncaster Metropolitan Borough Council v Watson [2011] EWHC 2498 (Fam), in which the court deals with an error of law made concerning the correct way to deal with the purging of contempt.]